Like a number of others,  I could not wait till July, 7 to see the Con. 8 site.  So here is the preview I had about 8:00 pm on July 5, at the end of our drive down from Lawrence Kansas.   This picture is on the approach from the west on Highway 19.  The nice highway sign lets you know there is something interesting coming up and it is luminescent, attracting attention after dark.  The similar sign to the east side is just visible at left side of the photograph.  Those and some other good effects have come from the Marker Committees coordination with the Ok. Dept. of Trans. and OK Historical Society, as well as County personnel. --Note: Images after first one load progressively and will look best when your browser is finished loading. 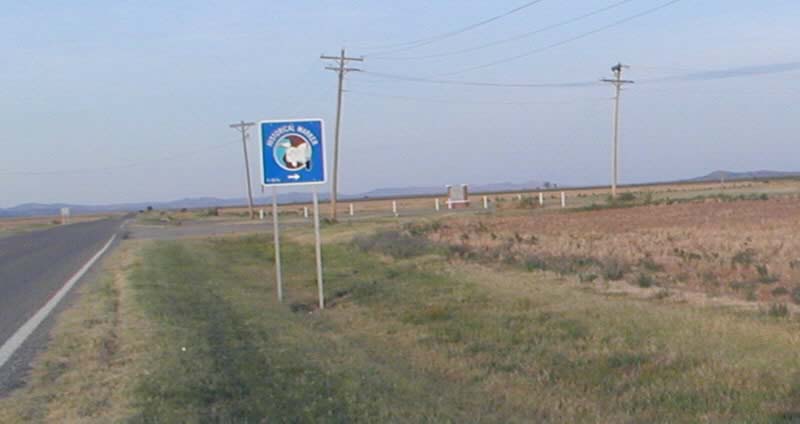 So we pulled to the side of the road and took a picture of the whole site from the center of the intersection. 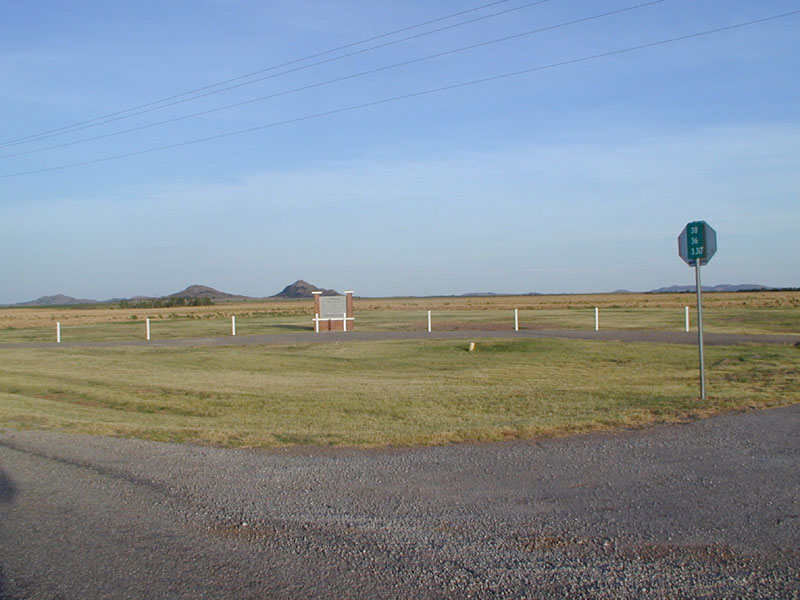 The beauty here is a result of major efforts by OK Dept. of Trans., County Trans., and our main work force of Charlena Mask, Willie & Norene Jackson, and Randy Jackson.  That work force had been busy for weeks breaking up clods, mowing, and coordinating with the County and State people as well as those who contributed gravel for the site.   It is easy to enter the road along the front of marker from either the west or east approach on the highway.  Then from your car, the monument can be appreciated even more. 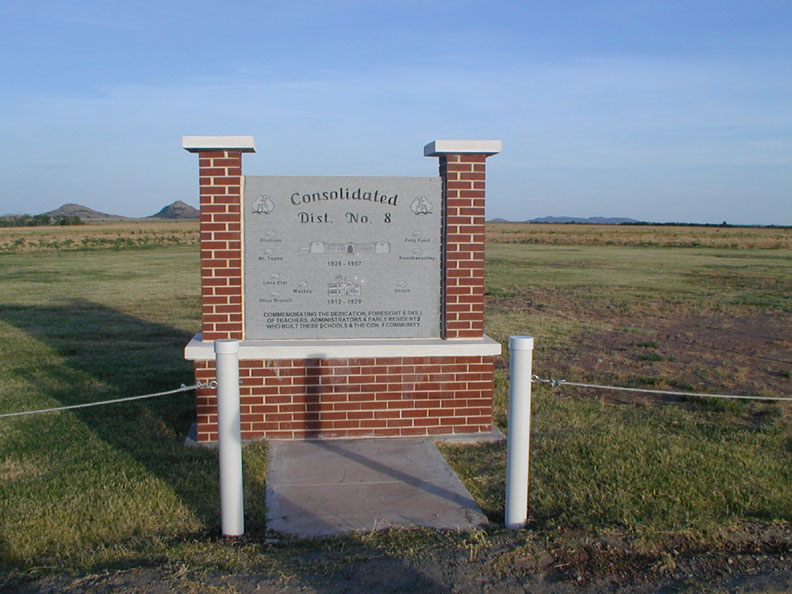 Wow!  So we got out as most will and had a closer look. 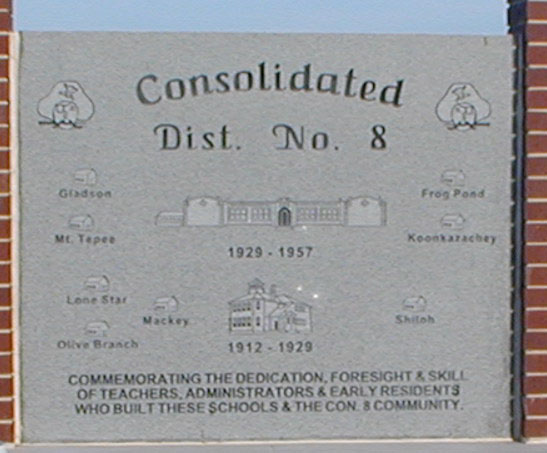 The early schools which were eventually involved in the Con. 8 Experience are all depicted as well as the two Con. 8 school buildings that were built at this site.  The positions of the schools are not geographical but relate to time as described by the history  given on the rear face of the marker.


So, as we hope most will, we walked to the back of the monument.  This photographer did not get a well framed picture from the back so if you get a better one, I would like to obtain a copy for inclusion here. 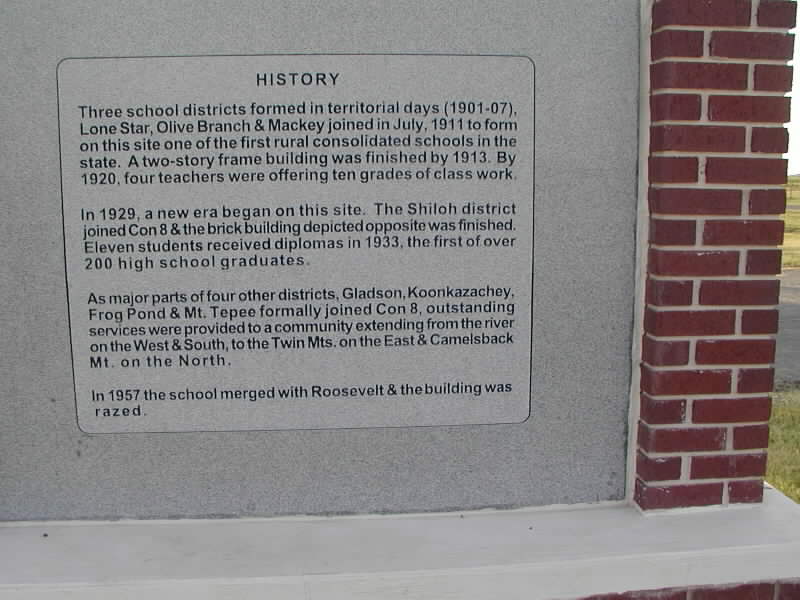