So far I have three grade school group photos for this year. There should be pictures of the third, fourth and fifth.  I think these would be in two separate groups.   The background will be the same as for these. The teachers for the missing grades should be Miss Jackson (but see 8th grade picture below) and Miss Stella Fraley.   Also some people may have better quality photos of the examples here.  I would like to arrange for copies for the "Archive".
In the identifications:
......... ? means I don't have a clue.
Joe Blow(?) means I have made a guess that it is Joe Blow.
If the name is there with no ?, I am fairly confident of the ID.
Please Send Me Corrections or additions: 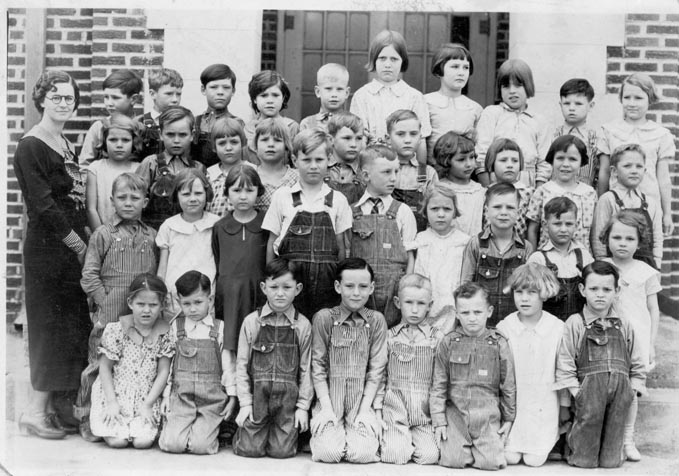 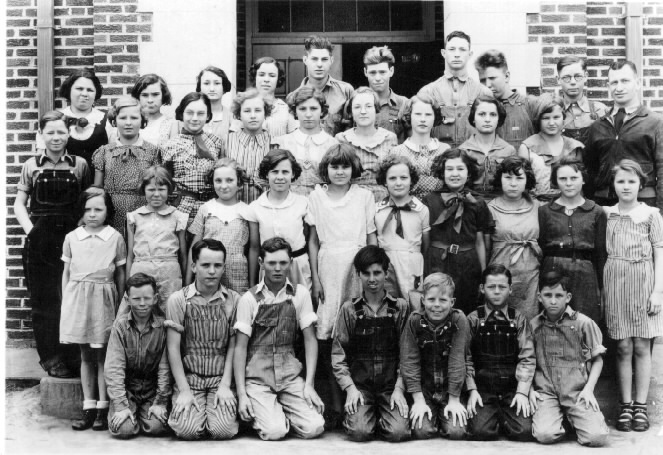 1934-35.  Probably 8'th Grade
Picture from LaNell (DeWees) Frick via Maggie (Barnes) Walker.  Identifications were written on the back of the picture. 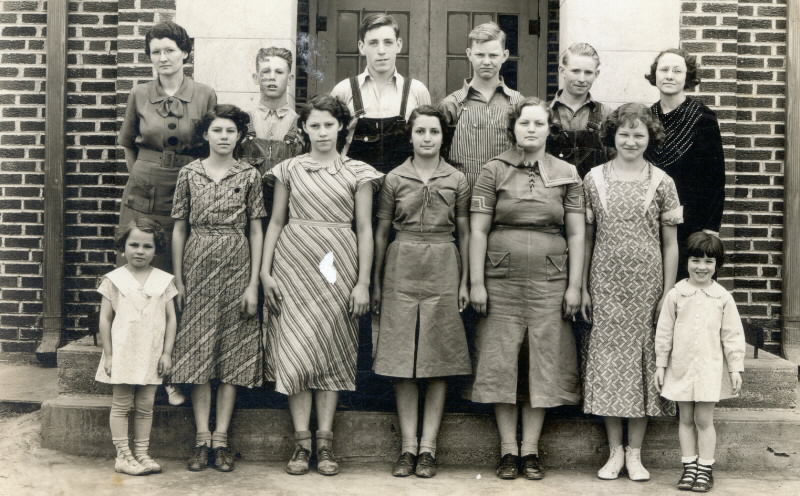 In this one, two teachers are shown as was the case in the next year.   Mrs. Mabel Wilks was probably the main teacher and may have taught other subjects in highschool.   Miss Bertha Jackson has been identified as at least the room teacher for the 4th and 5th grade room this year.  There may have been some team teaching.  Both Mrs. Wilks and Miss Jackson were very interested in dramatics and elocution.  In LaNell's notations indicate that all but the two little girls and Ruby Fowler are in the eighth grade.  Ruby is also pictured with the 6&7 grades and Gaynelle with the 1&2 grades on this same day.  I can think of no reason that Ruby would be in this one.